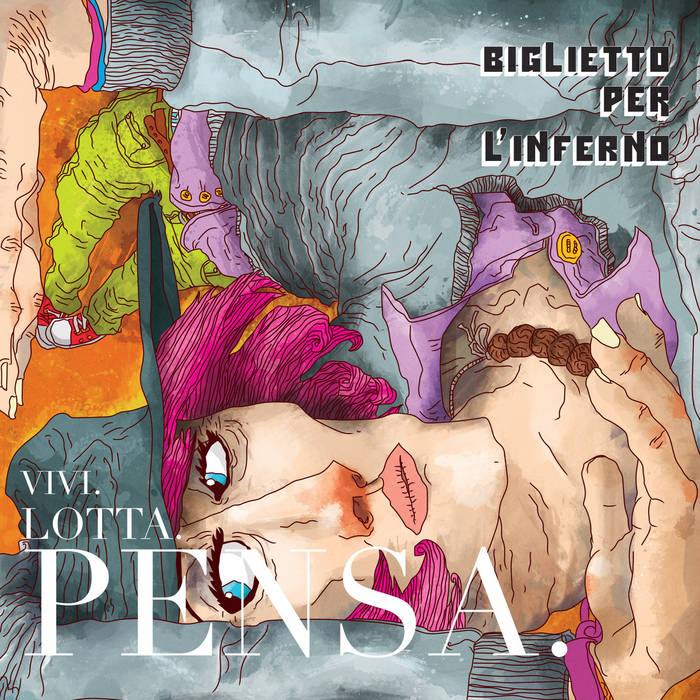 Sven B. Schreiber It sounds like good old 70's RPI - and, in fact, "Biglietto per l'inferno" is an old 70's band. This album comprises re-interpretations of song found on their first two albums, released in 1974 and 1992, respectively, plus a previously unreleased track. From the original creative heads, Giuseppe Cossa still is on board, while Claudio Canali called it quits. The new lineup calls itself now "Biglietto per l'inferno.folk", to emphasise their folk rock approach to the classic tunes. Favorite track: L'Amico Suicida.

BIGLIETTO PER L’INFERNO returns to the scene of Prog (and more...) with a new album, suggestively entitled “VIVI. LOTTA. PENSA.” (Live. Fight. Think.).

Once again the band’s effort focuses on the recovery of the old Biglietto’s tracks from the ’70s, in particular from their second LP “Il tempo della semina”; the tracklist also includes the brand new song “Narciso e Boccadoro” and “L’amico suicida”, the latter taken from the legendary eponymous 1974 record.

For those who mind about definitions, this is the band’s maturity record, of those intentions already revealed in their previous effort “Tra l’assurdo e la ragione” and now brought to completion through a long process of elaboration and improvement: the sounds mix, the most varied timbres and the individual musicians’ diversities come together in an even more full and harmonious way, in the re-creation of a new ambitious product that aims to realize and actualize the meaning of the word “PROG”: music that goes on, progresses, matures and does not only look back.

Listeners will judge value of Biglietto’s music; that of the presentation will be immediately evident instead, thanks to Marco Menaballi’s work, who interpreted the album title exhortation with a powerful and robust graphics, giving this product an added value and an overwhelming visual impact.

Bandcamp Daily  your guide to the world of Bandcamp

Tropical and transportive tunes with guests Coco Maria and Anchorsong.